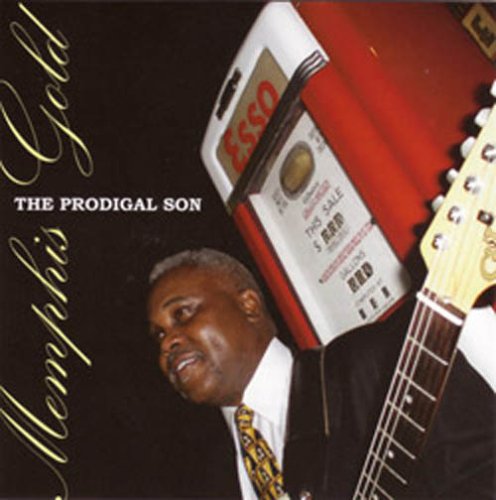 Memphis Gold calls his music "Sanctified Beale Street Urban Gutbucket Blues," and with the national release of Prodigal Son he stakes out his claim to this special realm of blues turf, which extends from his Memphis birthplace to his present home in the Washington, D.C. area. Memphis Gold (singer-guitarist-harmonica player Chester "K.D." Chandler) performed on Beale Street as a child and learned from the legendary blues and gospel guitarist Reverend Robert Wilkins, who recorded the seminal version of Prodigal Son that the Rolling Stones once copied. Memphis Gold is joined on this CD of fresh, soulful and original blues by D.C. area musicians such as harp players Phil Wiggins and Charlie Sayles and Nighthawks drummer Pete Ragusa.

The Art of Storytelling

One single frame can be enough to tell a beautiful story. An emotional connection to a person, place, or thing is what we often feel beyond a simple photograph. As an artist, I seek to create a sense purpose with every photograph so I can […]

Monasterio Print – now available – SHOP HERE A dramatic shot of the interiors of an Isabelline-style Franciscan monastery in Toledo, Spain. This imbalanced and unlikely image illustrates free falling in to gravity or diminishing towards the opposite direction – all within the grandeur and […]

Flamenco Print – now available – SHOP HERE A drawing on a concrete wall discovered as I wandered around the south of Spain, the very place where flamenco was born. This striking black and white image tells a story about passion, dance, and the female […]

holiday inspiration from the gorgeous home of @ste
celebrating @thecrossdesign 18th anniversary! 🎉
“marches du louvre”. the iconic staircase of t
“the secret to life is in art” -oscar wilde .
“monasterio” is back in stock at @thecrossdesi
“eiffel de paris” - introducing my first origi
celebrating one year! sincerest gratitude to every
the beauty of a parisian balcony - often times, ar
Load More... Follow on Instagram
WP2Social Auto Publish Powered By : XYZScripts.com
error: Content is protected and copyrighted.