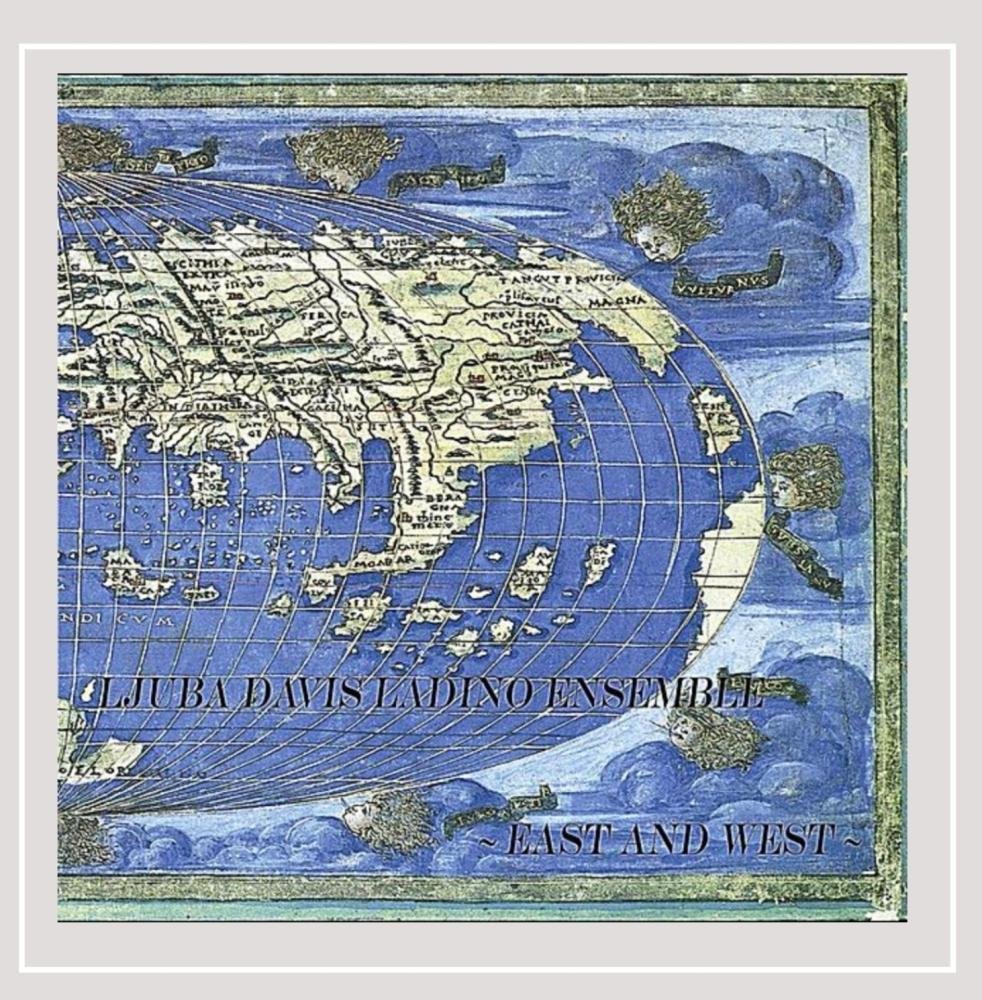 When the Sephardim, the Jews of Spain, were expelled from their homeland following the reconquista of 1492, they had long since built musical traditions both sacred and secular. So it happened that the particular style of music they created, Ladino, traveled first in the one direction noted in this album s title and eventually the other. Ljuba Davis, a nurse by profession and a mother of seven who did enough singing on the side to make her a renowned live performer during the time that traditional Jewish music was recognized as one element of the American folk scene, has now brought her experienced pipes into the recording studio. Accompanying her are a Greek bouzouki player, an Israeli guitarist, a Moroccan oud player, an Egyptian percussionist and a bassist from Brooklyn -acoustic players all but not all Jewish- to make an album of the Ladino songs that were and are close to Davis heart. The resulting music is equal measures of Moorish splendor, resounding Jewish culture and sultry rhythms that couldn t have come from anywhere but the Iberian Peninsula. Davis cantor-hued vocals, a mystical delight of their own after so many years of honing, caress comings and goings of musical passages that alternately dance and slow into meditative ecstasy. The duality of the album title is furthered by the fact that it s 2-disc set, the first comprised of the songs with lead vocals gloriously intact and the second instrumental/backing vocal versions that show how seamlessly tight the players are. Intricate, absorbing and at times genuinely thrilling, East and West is a vital revisiting of a key chapter in Spain s musical history. --World Music Central

The Iberian flavor of Ljuba Davis's Ladino Ensemble owes much to spicy North African percussion and the melodic sweetness of the fado, and it reaches all the way back before Columbus to the golden age of Moorish rule for inspiration. String instruments in this case the cello, the bouzouki, the oud, and the acoustic guitar play together as in Arab orchestrals, with each instrument adding distinctive ornamentation to the main melody. Live, this tight five-piece combo of master instrumentalists sounds like a much bigger unit. Davis first became popular on the Jewish folk revival circuit of the 1960s, but it wasn't until her more recent trip to Barcelona that the singer and her son, producer/cellist David Davis, felt compelled to celebrate their Sephardic heritage by finally recording some of the classic romantic and religious material from this tradition. The result, East and West, is an exuberant double-CD released on the band's own imprint this month. On record Davis's range can seem a bit fragile at times, but her breath control remains superb throughout. (As a girl, I must admit it gave me pause that Davis voluntarily removed her voice from the instrumental version of her album simply to satisfy an Orthodox prohibition against men listening to women sing! But respect for religious authority can sometimes produce unexpected results. Who knows perhaps this voluntary censorship will attract a few rappers to enhance these exotic backing tracks with a tasteful rhyme or two.) In 1492, when engineers of the Christian reconquista decided to expel Spain's remaining Muslims and Jews all together in one fell swoop, already multi-lingual and cosmopolitan Sephardim began a series of diasporic migrations, which added even more Middle Eastern and Mediterranean elements to their food and music. The Davis ensemble is appropriately multi-national: Egyptian, Israeli, Greek and Moroccan players collaborate under Davis's shrewd direction, letting childhood memories of ancestral songs and legends guide her aesthetic. Friday night or Erev Shabbat, as she reminded us from the stage Davis explained that ladino lyrics describe emotions ranging from lust to love to devout spiritual longing... sometimes even in the same tune. Both Et Dodi (A Time of Lovers) and Morenica(Little Dark One) suggestively quote Solomon's Song of Songs, while the tender Durme gets used to put children to sleep even though it's actually about watching over the sleep of one's lover. Davis, an unusually warm and regal white-blonde beauty, led her quintet through tunes usually reserved for weddings or circumcisions or Passover seders with equal gusto. This grandmother and mother of seven knows how to vocalize a wide range of emotions, including the necessarily somber mood occasioned by petitioning God for mercy during the Yom Kippur prayer Rachamana. Fast, playful Passover tunes went over big because of the number of kids in the crowd, especially the funky game-song Had Gad Ya (One Little Goat). Drom's cavelike space was packed with Sephardic friends and families singing along, yet Davis still offered historical context for each song since the entire show was being videotaped. Her introduction to Cuando El Rey Nimrod gave a glimpse of the strategic adaptations which kept Sephardic culture alive through exile and suppression. Made popular in Spain shortly before the Jewish expulsion, Cuando used details from the Christian gospels. --Village Voice Blog

Ljuba Davis Ladino Ensemble / East and West. Harking back to my years in the Bay Area, I have a definite memory of listening to Ljuba Davis, at the very least featured during a fund-raiser around the time of the Bosnian War. With a lovely, real-sounding voice and a delightful selection of traditional repertoire, she was one of the few Sephardic singers that stuck in my mind. Here it is many years later, and there is finally a recording. Not only that, but the ensemble behind her voice captures a Balkan/Spanish Sephardic sound that is perfect. This CD is one of a small (but growing!) number of traditional Sephardic music CDs worth listening to. It is also designed to learn from--in addition to a CD featuring Davis' voice, there is a second CD featuring a male voice (or just instrumental) designed to provide access to the melodies by those who want to learn to sing the songs (or who are limited by the current haredi "kol isha" fetish). The CD release party is in NYC on June 15, and the official album release is on June 12. But, KlezmerShack readers don't have to wait. You can order the CD (as well as read the lyrics, enjoy photos of the ensemble), at the Ljuba Davis Ensemble home page. cd coverHal Aqua and the Lost Tribe / Lost and Found. Hal Aqua, a Denver, CO-based graphic artist, has been making Jewish music for decades. Unlike many klez-revival bands, he has appeared less interest in returning to wedding sounds of yesteryear and much more interesting in playing a wide variety of Jewish music. With his latest band, the Lost Tribe, he takes things farther, often setting familiar songs back and forth to familiar-sounding melodies from rap to reggae. He also accomplishes the opposite, as on using strains from "Mezinkes Wedding" to backdrop Bob Dylan's "Subterranean Homesick Blues." The repertoire covers the Jewish gamut and I really like it. You can get your own copy from cdbaby.com. --Klezmer Shack